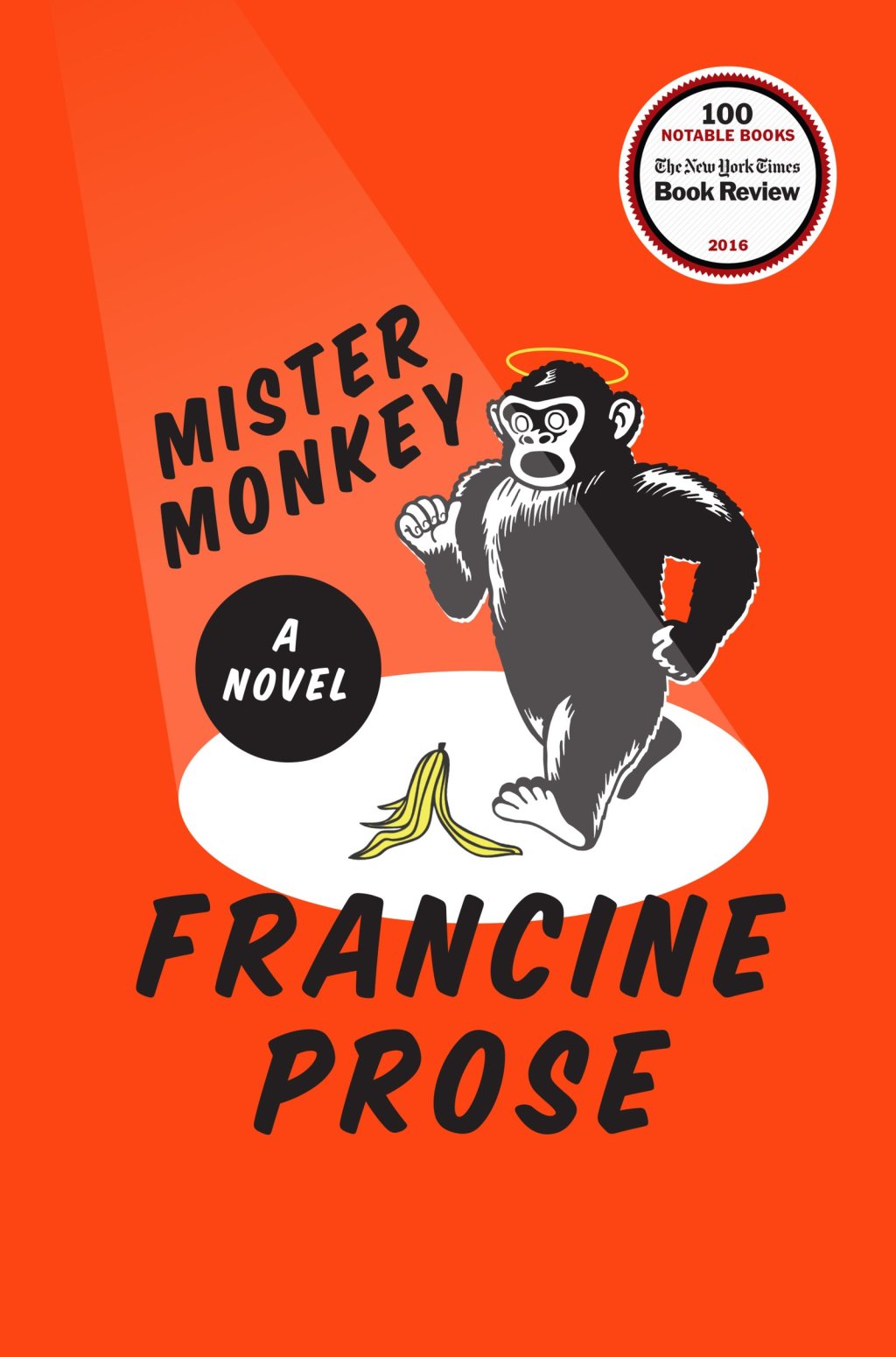 The acclaimed New York Times bestselling author weaves an ingenious, darkly humorous, and brilliantly observant story that follows the exploits and intrigue of a constellation of characters affiliated with an off-off-off-off Broadway children’s musical.

Mister Monkey—a screwball children’s musical about a playfully larcenous pet chimpanzee—is the kind of family favorite that survives far past its prime. Margot, who plays the chimp’s lawyer, knows the production is dreadful and bemoans the failure of her acting career. She’s settled into the drudgery of playing a humiliating part—until the day she receives a mysterious letter from an anonymous admirer . . . and later, in the middle of a performance, has a shocking encounter with Adam, the twelve-year-old who plays the title role.

Francine Prose’s effervescent comedy is told from the viewpoints of wildly unreliable, seemingly disparate characters whose lives become deeply connected as the madcap narrative unfolds. There is Adam, whose looming adolescence informs his interpretation of his role; Edward, a young audience member who is candidly unimpressed with the play; Ray, the author of the novel on which the musical is based, who witnesses one of the most awkward first dates in literature; and even the eponymous Mister Monkey, the Monkey God himself.

With her trademark wit and verve, Prose delves into humanity’s most profound mysteries: art, ambition, childhood, aging, and love. Startling and captivating, Mister Monkey is a breathtaking novel from a writer at the height of her craft.

OK, the Amazon description is a bit heavy-handed, all things considered. But it’s not too far off. The writing in Prose’s book is fantastic, and the story–unfolding slowly piece by piece–comes together to form a cohesive whole that satisfies and delights.

That’s not a guarantee when it comes to interconnected stories. There’s a lot of shit out there, not to mention a lot of decent stuff that gets way too much praise. Interconnected short stories can be gimmicky no matter how many connections the author weaves between them. I’m not going to rag on any particular authors, but suffice it to say if you devour literary fiction, you’ve probably come across more than a couple “novels” that are nothing more than short story collections masquerading as something greater. I use that term loosely, because in the worst of these “novels” you can tell the writer simply doesn’t have the ability or patience to write something longer.

Francine Prose isn’t one of those writers. She’s smart, she’s humorous, and she uses the interconnected stories to tell one overarching tale that centers around a failing children’s play cast with actors who are:

Throw in a few audience members and a writer who defies–and embraces–some standard writer tropes and you have something magical. I only disliked one of the stories: the grandfather. I wasn’t feeling it at all, and I thought his story felt too familiar and too worn to capture my undivided attention.

But that’s partially a testament to the rest of Prose’s book. The story of the boy in the audience captivated me. Margot’s opening chapter sets a perfect tone, and Margot is written so well that you find yourself anxiously awaiting her to return again and again as the play begins to go off the rails.

Yes, Mister Monkey is a slow-burning disaster. Yes, you will take pleasure in watching it fall apart. But you’ll also care about the people involved, right down to the mildly indifferent audience that takes more from the play than anyone thought imaginable.