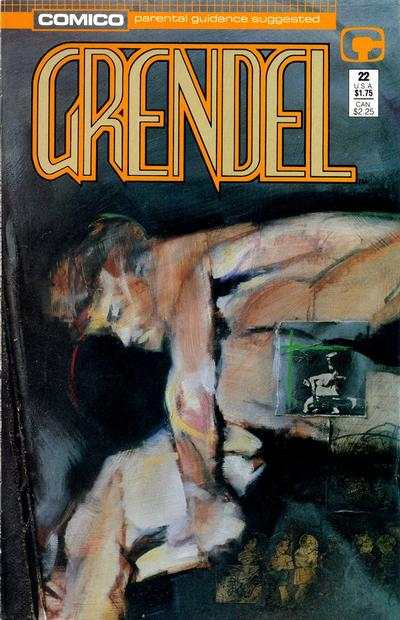 So the world is upended by nuclear warfare, and solar is the name of the game now. So much so that, in order to continue a comfortable existence, much of humanity has migrated to the west coast where sunlight is plentiful. What’s left on the east coast is a blend of anarchy and oil. Gangs gather in D.C. to fight each other for control of the last remaining oil reserves, and it’s here that we pick up our story.

Ivy and her brother, Poison Oak, belong to the Raunch Hands. They want to control the oil because, well, that’s pretty much all you’ve got left in this ill-begotten society. It isn’t long before Ivy finds herself alone and cornered by another gang–her savior ends up being a shady character named Shiny Fork who belongs to the Forx. Their meet-cute is, appropriately, a violent encounter. There’s just one problem: Oak doesn’t like the Forx. The Forx are nihilists. The Forx want to destroy the remaining oil reserves and bring about humanity’s most obvious conclusion.

“Give it up to Grendel,” they say. For the Forx, there is no God. There’s only Grendel.

As the one-on-one gladiator brawls commence, Ivy sneaks away to see Shiny Fork. She falls in love, and for her insolence Oak beats her again and again. He has a plan to win the oil: a gun, to be used during his gladiator match. But he’s paired against Shiny Fork, and Ivy has to choose between her brother and her lover. It’s not that hard a choice, given the abuse she’s received.

The last match is for all the marbles. Oak, confident, brandishes his gun and points it point-blank at Shiny Fork. Nothing happens. Shiny Fork, grinning, delivers the final blow. The oil belongs to Grendel.

Regression: It’s obvious the nuclear war has de-evolved the people around here. Left to roam in gangs, scrapping a meager existence, warring for the remaining oil, all of it has a classic post-apocalyptic feel to it. Even their dialogue has grown primitive. They speak in fragmented poetry.

Post-apocalyptic worlds tend to lean dystopian, and this world is no exception. How much of it is because of Grendel, and how much is because of human nature? Depends on where you draw the line on greed, and what you’re willing to do to get it. These themes are going to haunt the next dozen issues as we see the role of Grendel tip in the opposite direction, albeit under rather extraordinary circumstances …

The Devil Spreads: Grendel is now more than pop culture–he’s become the deity of one of the most powerful gangs on the east coast. The Forx worship him and believe in a sort of Satanic philosophy: get yours, because everything’s going to hell.

The design: Still unique and refreshing. The gladiator fights are splash pages, with smaller panels orbiting the main action, thanks to the great art of Hannibal King.