I bought the hype, and I bought the comics. And I’m so glad I did. This new X-Men series is absolute fire.

I was always a comics fan growing up. I loved Spider-Man so much that I remember ending up at a comic store one day and seeing the newest cover of the webslinger that featured Venom, his arch-nemesis, clutching a skull with Spider-Man’s tattered mask. And. It. Terrified me. Naive to the ways a cover functions to suck readers in, I sat there in the comic store and read the entire comic to make sure my favorite superhero didn’t actually die.

X-Men was touch and go. I remember some amazing arcs, but most of all I remember the beginning of the Chris Clairemont run that started with X-Men #1. I remember buying all the variant covers at Toys R Us, which shows just how massive the re-launch truly was. I fell in love with the battle between Professor X and Magneto, choosing my favorite mutants on a rolling basis. Cyclops always spoke to me because of his cool superpower (I was pretty blind to his stubborn pattern of spotty leadership!). Wolverine was touch and go, depending on the artist–sometimes, I liked him, sometimes I thought he just seemed too one-dimensional. Nightcrawler was always on my fave list.

I remember reading X-Cutioner’s Song, an arc that was so overprinted that you can’t give those comics away at comic shows anymore (they’re always 25 cents or less). But I remember liking the story, probably due in no small part to the fact that Apocalypse played such a fun role. 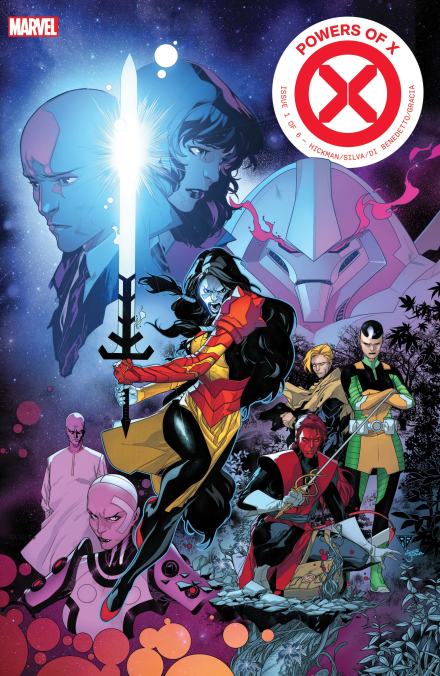 Now, it’s been years since I’ve picked up an X-Men comic, and I’m back feeling the way I used to when I stopped at the local comic shop every Wednesday. Professor X and Magneto are working together, they have a plan to carve out a little home for mutantkind and it seems like it’s actually going to work. But then Powers of X came out, and suddenly, readers are thrust ten and a hundred years into the future. Things have not turned out so well. Mysteries abound, cleverly paced, and the writer in me couldn’t be happier.

There’s always been a tension between mutants and humans that draws such fascinating parallels to our own world. Our own fears of “the other” translates so well into an X-Men comic that’s well written. I’m excited to see where it goes.